END_OF_DOCUMENT_TOKEN_TO_BE_REPLACED

A while back I wrote a post about doing research for fiction. since I’m actually writing something right now I thought that I would share some of the things I found. I didn’t choose the early 1930’s they sort of chose me. Still the period of the early Depression is sort of an early one.  A large chunk of the things  of the things I’m putting in the book are the result of a lifetime of talking to people who were alive back in the 1930’s and their experiences.

Any way here’s some of the stuff that I have run into while writing the mermaid story. while this is urban fantasy, being able to use the historical landscape as a template can make things easier when inserting my story into it. While I still have to do some world building I can use what already existed to give it verisimilitude. The idea is to add just enough atmosphere that you can have a reader relate.  The interesting thing is that to us the 1930’s could be as alien a world as the wildest science fiction universe. I’m enjoying finding stuff like this to fill in Tom and Chrissie’s world.

No Zombies in sight. The bridge seems  to empty of zombies, the NY Times not withstanding.

END_OF_DOCUMENT_TOKEN_TO_BE_REPLACED

The New Haven RR was one of the first railroads to go heavily into dieselization.  They were quite proud of that and so was the manufacturer of the locomotives, Alco-GE. Here’s some scans of a couple of Brochures. 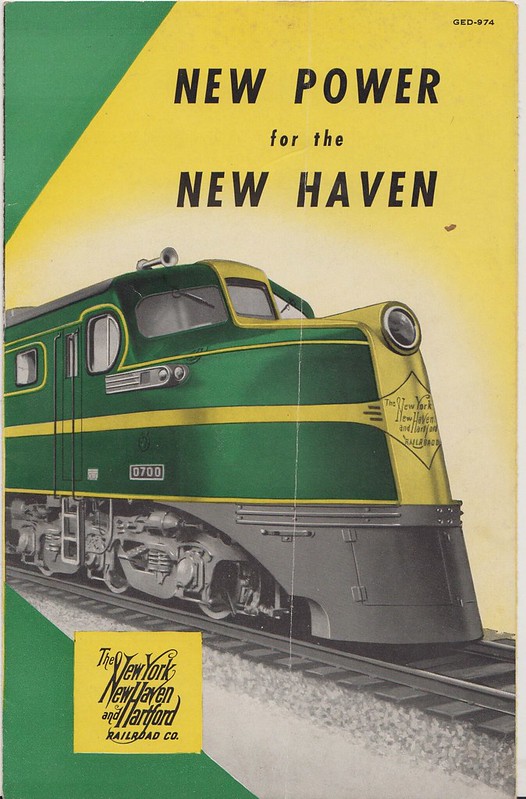 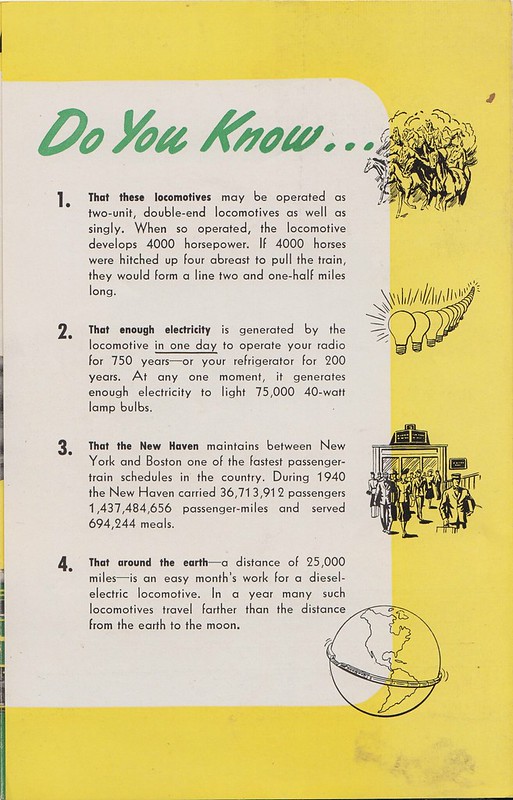 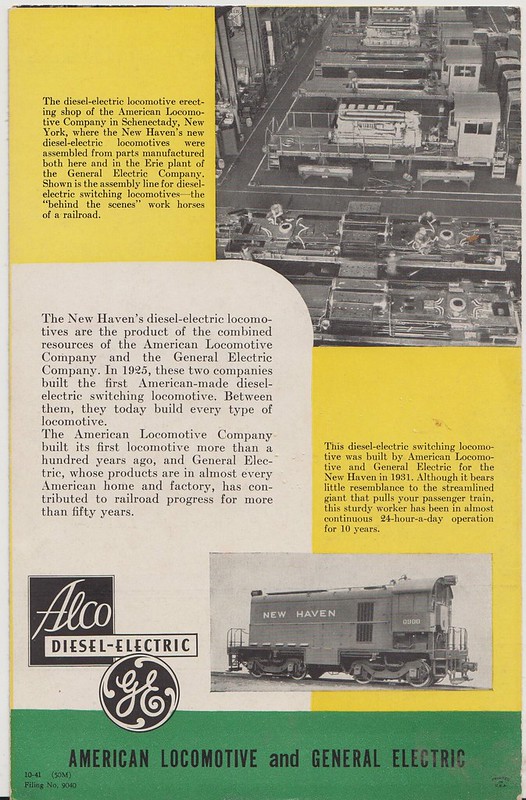 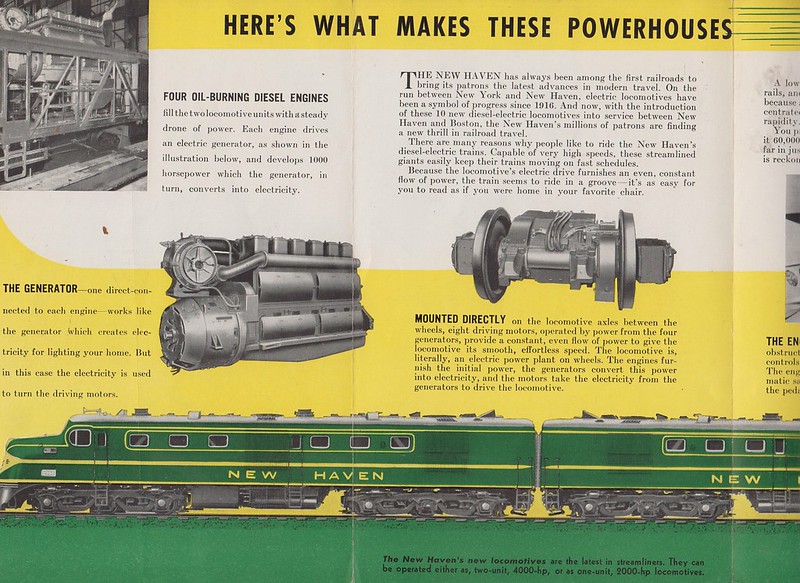 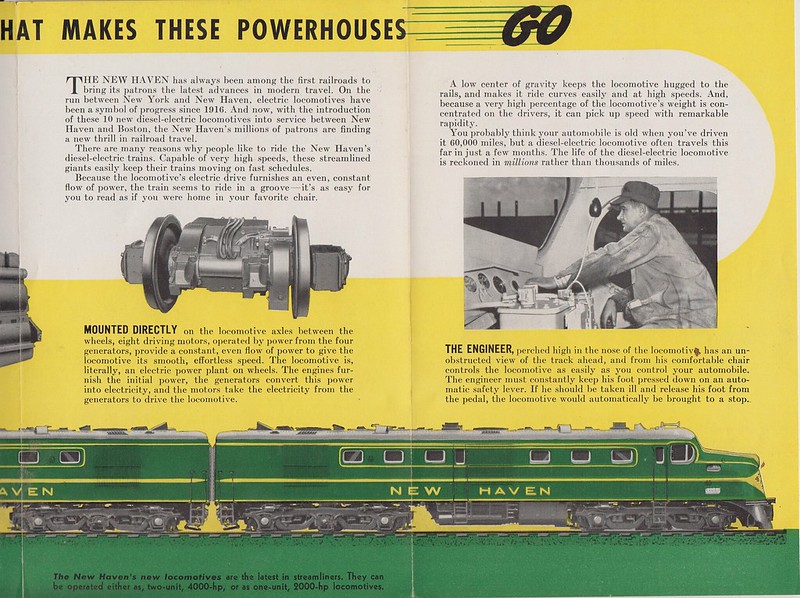 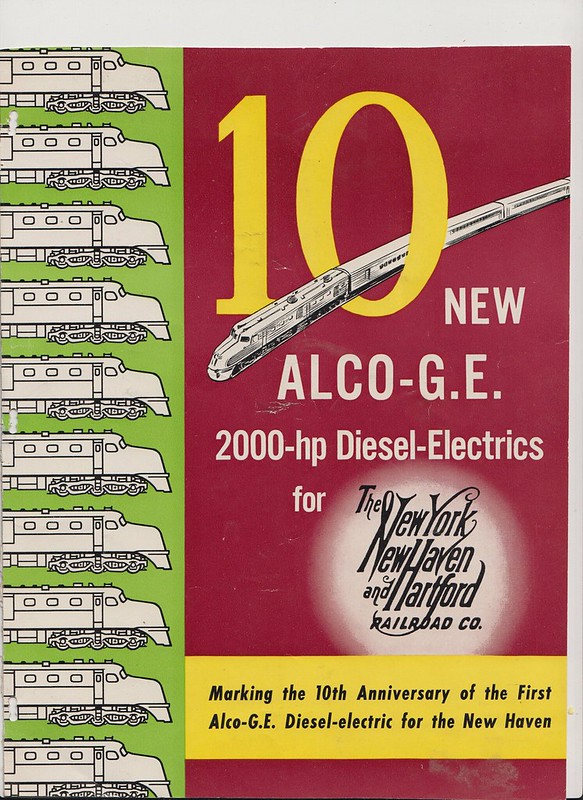 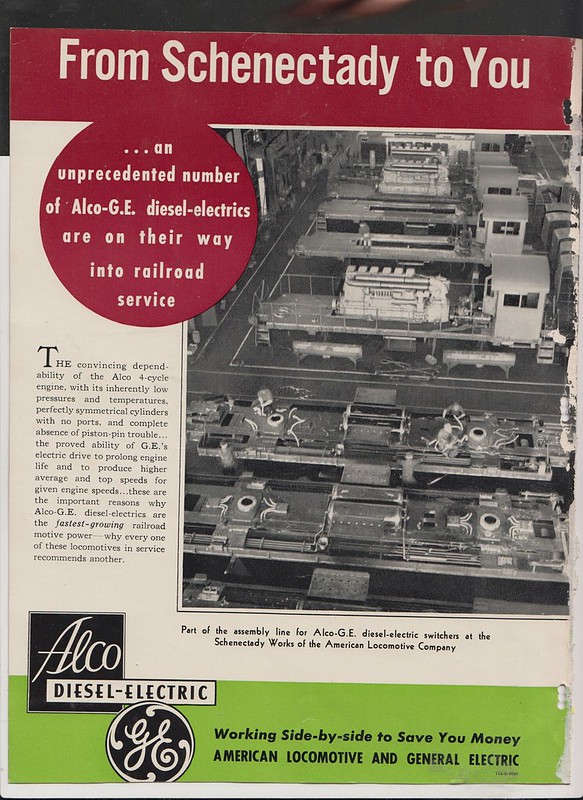 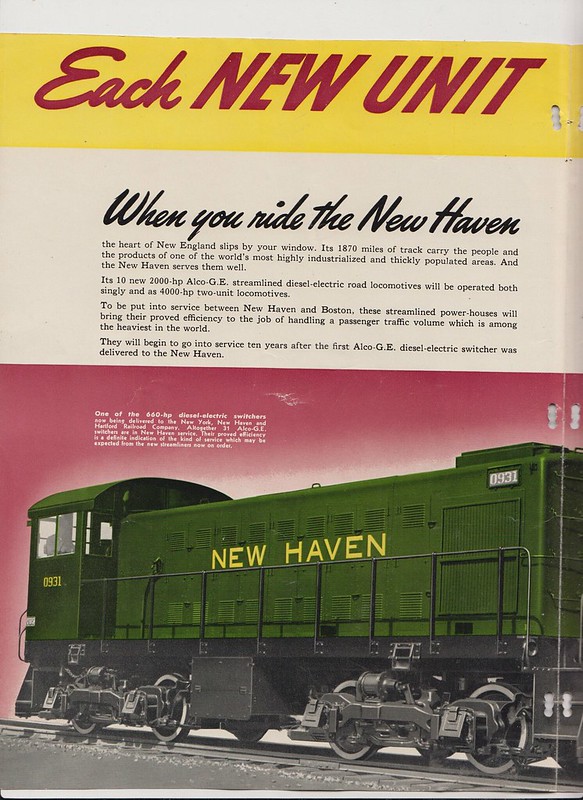 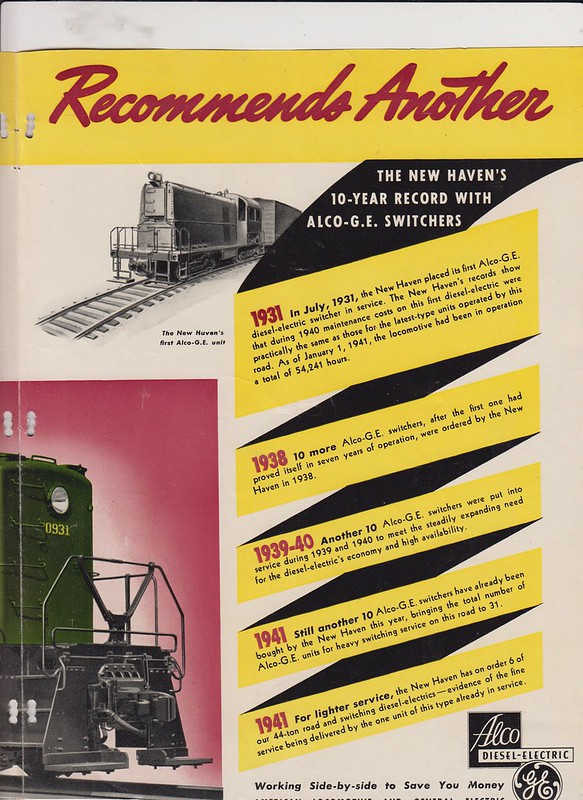 Due to the nature of the railroad’s operation and it’s not having a lineside fuel source the new Haven pushed every cost reducing technology they could.  These locomotives are a case in point and they would do heavy service in the war soon to come.

Along with a video.

Streamlining of trains to reduce drag starts back in the 1890’s with Frederick Adams experiments on the B&O, which was not really very impressed at the time.

END_OF_DOCUMENT_TOKEN_TO_BE_REPLACED

In 1947 the New Haven RR installed a mechanized IBM car forwarding and processing system that used teletype technology.  The railroad was apparently very proud of their new system and published a small booklet about it.  I found a copy and scanned because it’s an interesting look of how technologies changed business operations and the evolution toward data processing and technologies.  It’s also a good look at how the railroads conducted their business in the transition era.  It seems that the motive power transition was not the only one happening on the rails, just one of the most visible.

END_OF_DOCUMENT_TOKEN_TO_BE_REPLACED

Even the best have bad days as this Valley local found out. These pictures were part of a pile of rulebooks and other railroad documentation from New Haven employee that I found.  They are an interesting set of pics of the effort it takes to recover from a derailment.

END_OF_DOCUMENT_TOKEN_TO_BE_REPLACED

Some Stamford and other locations later in the film

A bus that I would WANT to ride in.

This is more of a limo service than public transit.  That’s OK. I think that such options should be available for people who can afford them and don’t want to drive themselves and don’t want to be crammed into the typical transit bus.  The fact is that when transit systems were run privately such options were available, at an extra cost to rider.  On most of the NYC railroads to the suburbs, for instance, groups would lease “club cars” for their members morning and evening commutes into and out of the city.  these cars were usually old parlor cars from mainline trains and had a clubby atmosphere, with many commuters not only taking the same train, but the same seat every day.  Here’s the most  famous of the cars, the V:XI GBC, which stood for 5:11. which was the train it was on Gentleman’s Bar Club.

The club cars disappeared in the early 1970’s when they were retired and replaced with far more pedestrian M2 bar cars which lost the atmosphere of the old clubs because they were run by the state supported railroad and not as clubs.  Not to mention that the bar cars where on the toilet ends of the M2s and they never managed to remove the smell of the toilets from the trains for the entire lives of the M2.  That, and the fixed seats sort of killed the clubby atmosphere of the evening commute.

By making transit more egalitarian, maybe we’ve lost something.  When there are no aspirations for better service, the service runs down.  I wouldn’t want to repeat the bad old days of the 1970’s and we need to consider that unless, like these busses, good and comfortable transit options are not available people who can afford to drive won’t use them.  Which draws the transit down  to the lowest common denominator and loses it’s ability to improve the traffic situation and have people actually use to it’s maximum possibilities.

From a stock footage outfit.

I’m going to say that it’s more than likely from earlier than that because the train uses paired EP1s rather than an EP2 which was normal for longer trains after EP2s entered the roster.

This one is from 1937 or 1938 during the fiftieth anniversary of the New Britain and Nantesket Beach electrifications.