Corey Doctorow had recent piece about how well the Hugo and World con people had beaten back the threat of the racist homophobic Sad Puppies and managed to award a stable of properly diverse people for the Hugo.

The fact is that it was an empty victory with the other side abandoning establishment Science Fiction and it’s fandom to it’s fate mostly out of disgust and frankly because we no longer cared about trying to save something so obviously sick and rotten.  Great folks, now you’ve won. Now watch Worldcon rapidly disintegrate as all the people who might have cared have been driven away by your boorishness.  Followed shortly thereafter by the last marketplaces for SF  writers as the publishers kill them because they don’t make money.  Or at least keep the budgets so low that authors can no longer make a living writing for an establishment house.  The houses that have to justify the celebrity advances that don’t pay back somehow.

END_OF_DOCUMENT_TOKEN_TO_BE_REPLACED

A couple of weeks ago I wrote a post about how the Sad Puppies had failed, mostly because they weren’t trying.  I was hit hard about that, mostly with people who seemed to know what was or wasn’t to inside my head and what I had forgotten, all of course without actually any intention of actually discussing the real issues at hand. Which is the bullying tactics and tyranny that have taken over the publishing industry and other outlets of popular culture.

END_OF_DOCUMENT_TOKEN_TO_BE_REPLACED

What Happened To The Sad Puppies? In 2015 the Sad Puppies were a presence in SF and in culture in general.  In 2016 the Sad Puppies became almost a nonentity.  All through the year it was the Rabids that drove the show and that hurt both the Sad Puppies And possibly the future of Sf in the long term.

END_OF_DOCUMENT_TOKEN_TO_BE_REPLACED

Every cliquish group has to have a prat. You know what they are like. They are the ones who go to the extra effort to make sure everybody knows that he is aligned with the “right people” by constantly maligning and disparaging the “wrong people” In this case, the Puppy Kicker’s biggest prat is Damien Walter. Now there has been a lot of competition for Puppy Kicker biggest prat, but through and through Damien has come through in his columns in the Guardian. His latest is no exception.

END_OF_DOCUMENT_TOKEN_TO_BE_REPLACED

I’ve been staying out of the Dragon Awards because I haven’t had the funds to buy new books this year and I didn’t want to nominate books that I had not read simply because I was fans or friend of the author.  I am glad that Dave Weber, Dave Freer, Larry Corriea, Eric Flint, John Wright and other great people I’ve come to know were nominated.  Over all the noms look solid. What makes the Dragon Awards different?  Attitude!!! This is the attitude of the Dragon organizers.

END_OF_DOCUMENT_TOKEN_TO_BE_REPLACED

Comparing the Nebula and Hugo noms is a study in contrasts.  The Nebulas reflect the membership of the SFWA, which is driven by the fact that the majority of the membership is, well from the crazy cat lady set, driven by feminist politics. The Huffpo lauds this this as “diversity” but it’s not hard to see why.

END_OF_DOCUMENT_TOKEN_TO_BE_REPLACED

And other Hugo slime.  There is a lot of it. Let’s start off with David.

END_OF_DOCUMENT_TOKEN_TO_BE_REPLACED

Now that the Hugo noms have been announced I’ll start to collect the feedbacks here.

END_OF_DOCUMENT_TOKEN_TO_BE_REPLACED

Summary Vox Day, Vox Day, Puppies are bad. We HAD to smash the Hugos because we are the GOOD people.

Gallo wins Illustrators’ Award.  If these are the examples for her art direction, it wasn’t for her work. 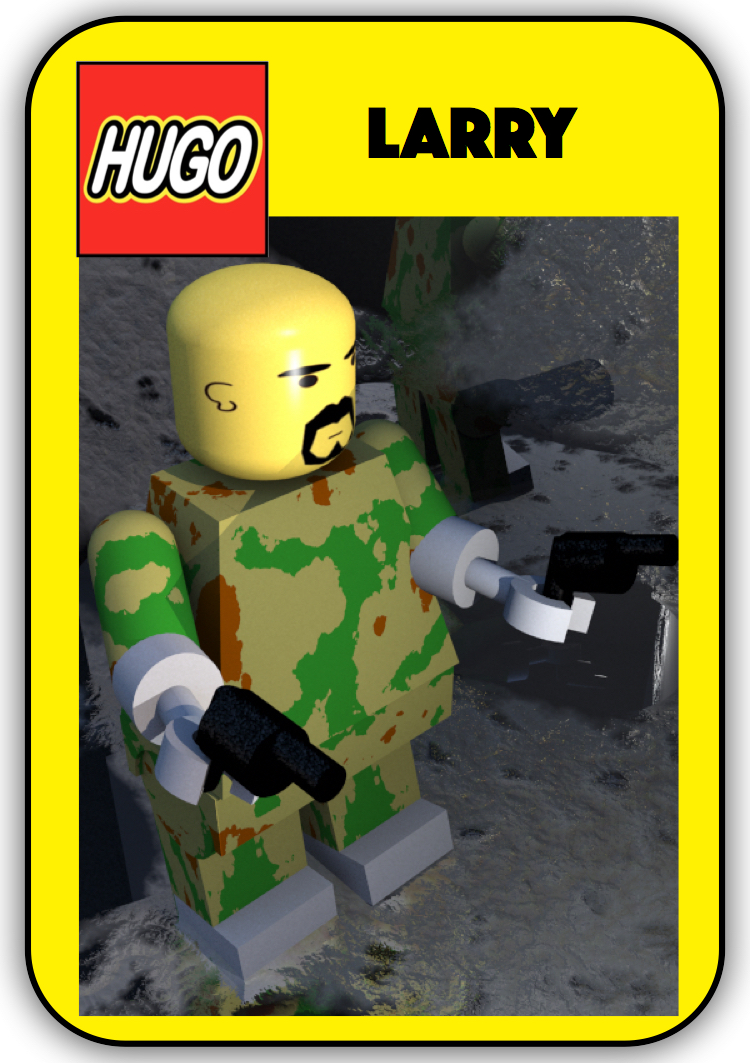 I stopped playing with Lego a looong time ago.

Here’s the thing Phil.  As long as you and the rest of your  idiot kicker friends tie Vox to the Sad Puppies there’s no possible way that the puppies can cut him loose.  Vox is the kickers problem, not ours.  We really don’t care very much about Vox one way or another.  It you kickers who’ve stuck us with him.  We will not though abandon and denounce somebody who agrees with us on some issues simply because the people who we are in strong disagreement demand that  we do so.

Arthur Chu has a kickstarter.

What he doesn’t seem understand is that it’s not what he looks like, it’s that he refuses to grow up and keeps acting like a childish jerk.

Sorry SJW’s we won’t denounce and we won’t repent.

Hey WE didn’t come up with wooden butthole