Now I don’t actually believe that the Maldives are being submerged by rising sea levels caused by global warming. Still the idea of repurposing old drilling platforms as seasteads is interesting.  They might interesting places to live.  Though living would be, by necessity, be confined in some ways. Larhe apartments and spaces are going to be rare, for instance.

Still there aren’t really any showstoppers. Huge ocean structure are already being fabricated for oil drilling and production.  People live on them for long periods of time.  It’s likely that offshore structures for various activities are going to get larger in the near future.

Not just oil and gas, but mining as well

People are also developing new ways to farm the ocean.

Who knows where it’s going to lead.  Even without the supposed AGW catastrophe seasteading might become no different than any other minerals town. It might even move like the town in Gargantia.

With advancing genetic and regeneration technologies they might even reinvent themselves to better suit the ocean environment, though I doubt that they would turn themselves into giant space squids.

Living at sea has some exciting potentials and the possibility of a new kind of living. Only though if we create the fertile ground that lets pioneering like this happen. Otherwise we risk the kind of world like the one  that Poul Anderson came up with in Orion Shall Rise.

This article showed up on my facebook feed the other day.

The problem with those big developments is that they don’t seem to have much character.  There’s something about the rows of closed doors in hallways that discourages intercommunication and neighborliness.  Yes the big buildings  have great views and are efficient but there’s not much character there.  Walking in some of those Tokyo neighborhoods and they just ooze the kind  character that gives life to a big city.  Quite frankly, if you are hoping to encourage travelers to come, character and atmosphere are exactly what you want.

Here’s some big developments in Shinagawa: 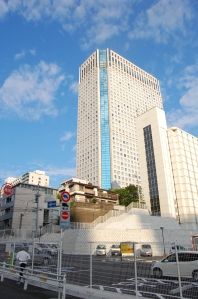 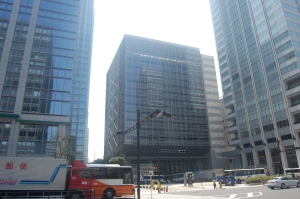 On the Shimada River: 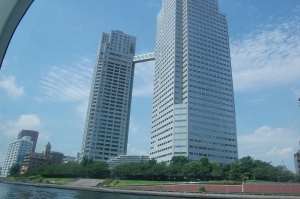 And one of the most infamous buildings in Tokyo, the Asahi beer building: 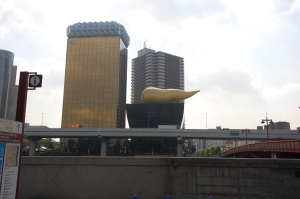 One thing those massive developments never seem to develop is true character. 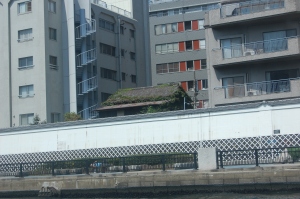 They never seem to have life in the streets like this. 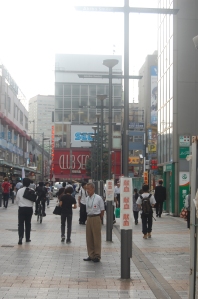 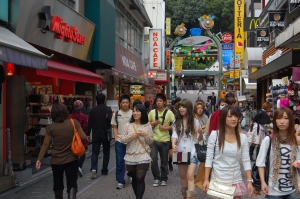 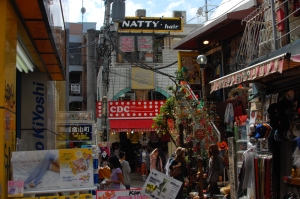 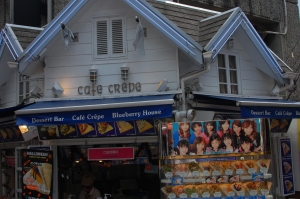 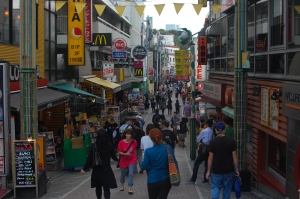 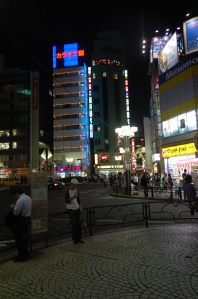 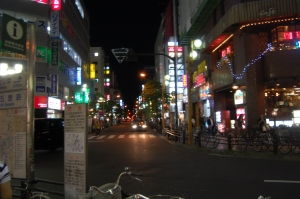 There’s something to be said about the places just hanging on, but providing a living for people. 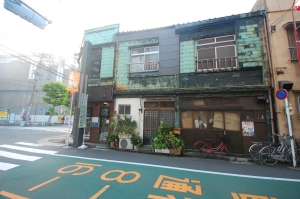 A great city needs to remember where it came from and remember, no matter how great the developers claims that their plans don’t always work out. I’ve seen far too many cases where those big buildings just seem to be out of scale and out of touch with the communities that they are dropped into. 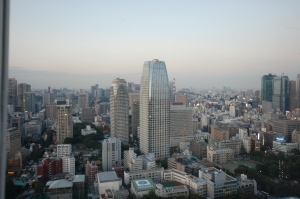 Context is important in development.  And a city needs diversity. Anyway here’s an album of Tokyo neighborhoods with all sorts of buildings, large and small.