Karl Denninger posted about fake ball bearings recently.  The thing is that while he writing in very hyperbolic language, he’s not exaggerating very much.

END_OF_DOCUMENT_TOKEN_TO_BE_REPLACED

George Westinghouse was one of the most important people in the US. His birthday passed recently without much notice.  Most people don’t even know who he is anymore.  Which is a true shame because his achievements still affect us every day.  It’s well known that Westinghouse developed the air brake for railroads and had that been his only achievement he would still  be one of the greatest engineers of all time. But his work and the work of his companies went far beyond just the airbrake.

END_OF_DOCUMENT_TOKEN_TO_BE_REPLACED

Recently I posted this video in Tech Stuff. Since people seemed to like it and I really like big massive machinery I thought that I would make Tech Stuff special post with engines, lots of the big engines and some not so big.  Also The CT Antique machinery show is coming up and this is a good way to show off the show.

END_OF_DOCUMENT_TOKEN_TO_BE_REPLACED

Now I don’t actually believe that the Maldives are being submerged by rising sea levels caused by global warming. Still the idea of repurposing old drilling platforms as seasteads is interesting.  They might interesting places to live.  Though living would be, by necessity, be confined in some ways. Larhe apartments and spaces are going to be rare, for instance.

Still there aren’t really any showstoppers. Huge ocean structure are already being fabricated for oil drilling and production.  People live on them for long periods of time.  It’s likely that offshore structures for various activities are going to get larger in the near future.

Not just oil and gas, but mining as well

People are also developing new ways to farm the ocean.

Who knows where it’s going to lead.  Even without the supposed AGW catastrophe seasteading might become no different than any other minerals town. It might even move like the town in Gargantia.

With advancing genetic and regeneration technologies they might even reinvent themselves to better suit the ocean environment, though I doubt that they would turn themselves into giant space squids.

Living at sea has some exciting potentials and the possibility of a new kind of living. Only though if we create the fertile ground that lets pioneering like this happen. Otherwise we risk the kind of world like the one  that Poul Anderson came up with in Orion Shall Rise.

Feeding the thirst and keeping the toilets flushed for  9 million people is a HUGE undertaking.  Doing it so well that people bottle your water is a truly incredible engineering achievement.  Yet that is what the water Dept. of NYC has done.

The DEP has been conducting a truly massive project to ensure that NYC has clean water far into the future.

The need for water has been growing as the city does right from the 19th Century.

As the needs increased the water needed to be brought from points ever further away.

Starting with Westchester and Duchess Counties:

Then up into the Catskills.

The NYC water system is a true monument to getting things done.

A long time ago, a good friend of mine tried to get me a job in Corpus Christi TX.  It didn’t work out, but I got a good look at some of the largest structures ever built, the giant oil rigs for the Gulf and other locations. I found some old photos that I took a while back and them some Youtube videos.

The gigantic rigs are fabricated at Gulf Coast Marine.

Here’s a bunch of links and videos to put these amazing structures in perspective.

Picture of the Day: Just the Base of an Oil Platform Being Towed Out to Sea

A wonderful gallery of pictures in the tunnels.

Some pics on flikr. 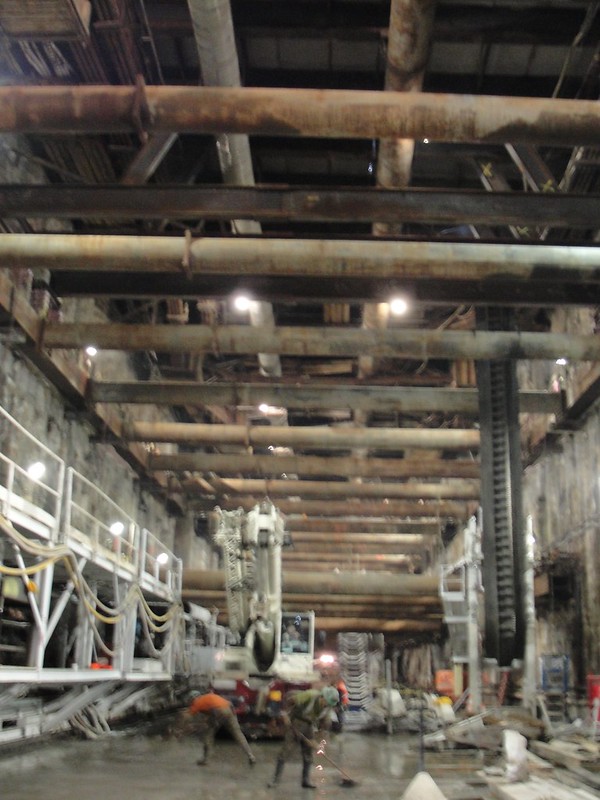 Some Albums from the MTA. 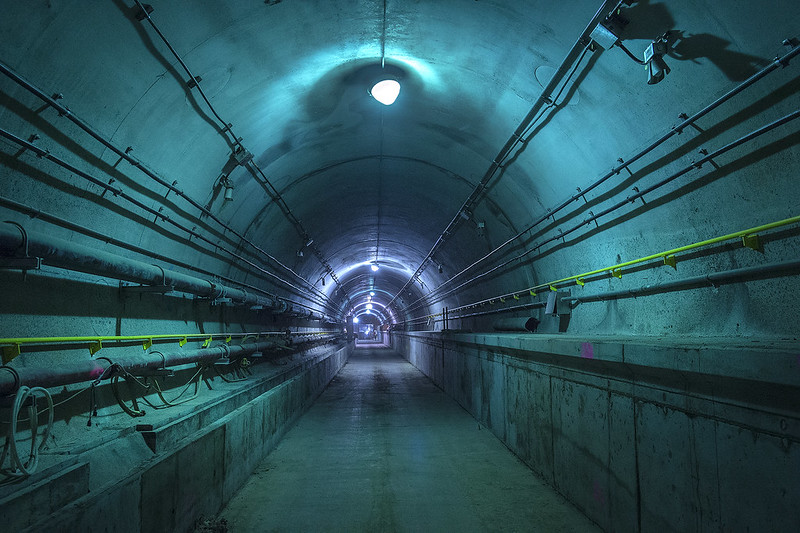 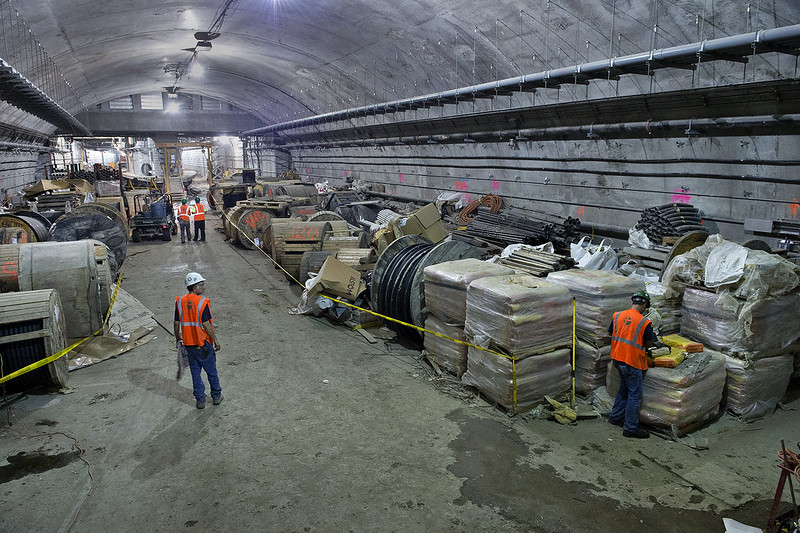 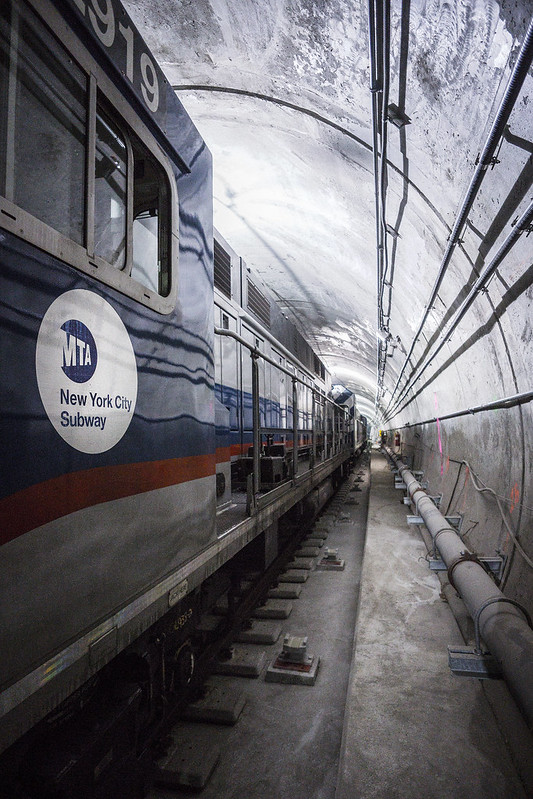 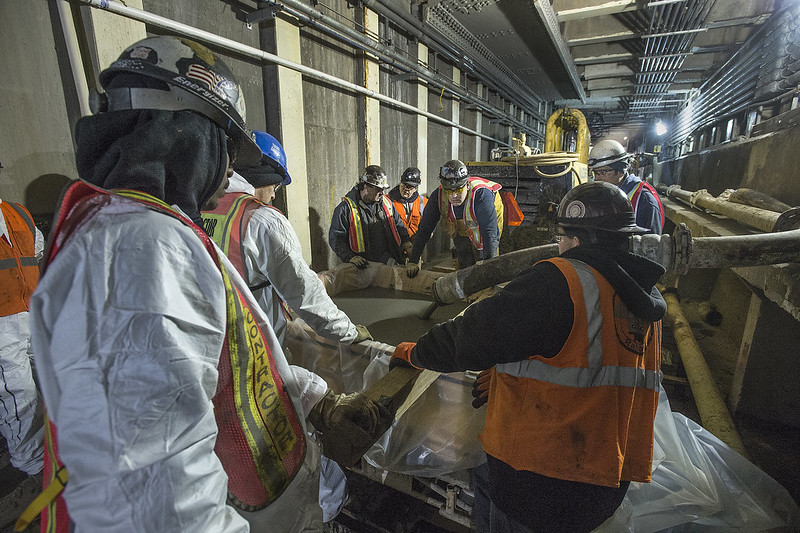 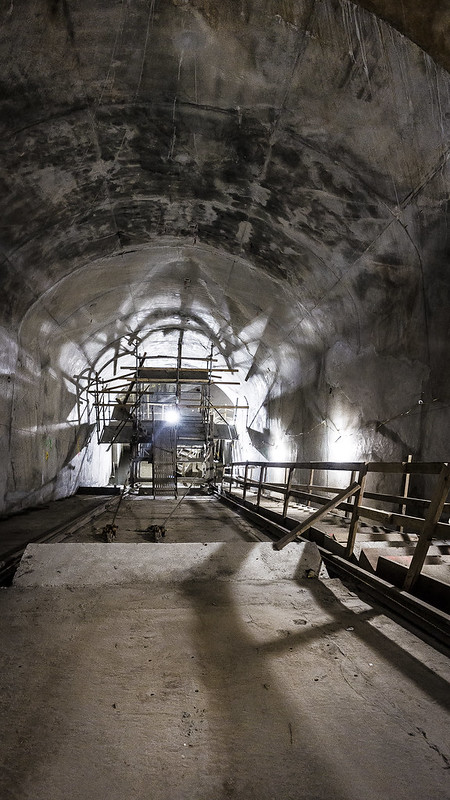 A drone takes a trip.

And more video from WCBS.

And the NY Times.

A video from the MTA.

In spite of all the complaints it’s important to remember that these are huge projects under very trying conditions and severe constraints.  And they seem to be doing well.

How do you get a 285 ton anode from it’s fabricator to the mine?  Very carefully with some big logistics.

Up and down a hill.

When NASA designed the Saturn 1b and V they decided to erect them in what was then the largest enclosed space in the world and move them to the launch pad.  The Russians used railroad trains equipment for that job.  NASA used this.

Essentially it’s the crawlers from large excavators tied to a platform that can have the launch platform and spacecraft put on top.  the small rockets in this article do no give what’s happening justice.  When the Saturn v and it’s pad were on top of the crawler, it was the largest moving vehicle ever built.