There have been and will be, scores of articles on why the Germans lost the Eastern front. They will talk about the lack of tanks, not enough Panthers or Tigers, or the crappy roads and rails. I think, though that a key number that just about everybody will overlook is the one I found here:

The number is that the train drawbar load for the German Army is 428 tons. That number is why the Germans lost the Eastern Front.

Lets start off with a Map:

This is the Russian Rail network directly before Barbarossa. Look closely at the density of lines south and west for Moscow. It is this network that the Germans absolutely needed to get maximum utilization out of to win the war. The reason was that the Germans needed one thing that the Russians had or the Third Reich was doomed, oil. This video explains,

Germany had no domestic sources of oil and needed the oil the Soviets had or the economy was going to collapse. So when Britain stayed in the war and continued the blockade, it didn’t matter if Britain did nothing else, Germany was going to lose the war.

It’s likely that Russia could not support the Reich’s needs and it’s own because the Reich now included Austria, Czechoslovakia, Poland, Norway, Denmark, Holland, Belgium and France.  To say nothing of the economies of Yugoslavia, Greece, Romania and Hungary. The only domestic sources of oil were the coal to oil plants and the Ploesti oilfields in Romania, neither of which could meet the demands of the greatly enlarge German empire. Thus Barbarossa and taking all the Russian oil.

This was a truly great gamble because the German army only had enough reserves for two months of constant fighting.  So the campaign to the Caucuses was a do or die campaign for the Germans. One that one would think that the Germans would give all the resources to. Yet they didn’t, attacking on a broad front towards Moscow and Leningrad. The question most people who know something about the Eastern Front  ask themselves is why?

The usual answers are, either Hitler insisted on a broad front.(He apparently wanted a narrow front, with oil as a strategic concern), his generals, who didn’t do their staff work, which would be strange, because good staff work was a German historical specialty. But there may be another reason that the Germans lost the war. If there are vehicles like the jeep or the CCKW that won the war for the allies, then the rather prosaic vehicle that probably contributed to the defeat was this won. The G10 covered van. 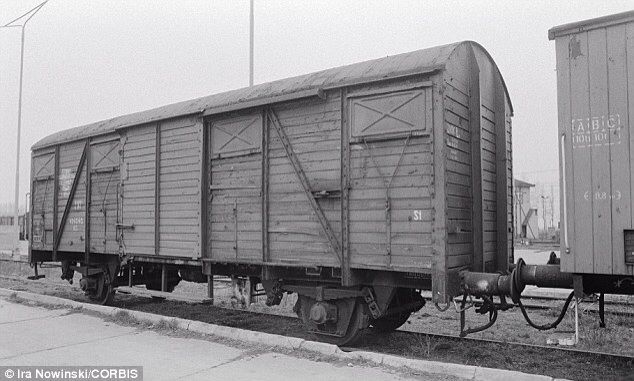 Yes, a boxcar. But it has a feature which probably caused a lot of headaches. It’s very small. For short runs that have close terminals that isn’t a problem. When a shipping terminal is only a short distance from the receiving terminal, having a smaller car(wagon) that can be turned around quickly is better than a larger car that takes longer to load. For a railroad that runs longer distances that paradigm changes. So for countries like the US, Russia or China, the typical freight car is going to be larger than say Europe, or Japan.

Contrary to popular belief, the German Army in WW2 was not heavily motorized. The Germans relied on horse drawn logistics and the railroads.

The problem with that was that the German rail guage and the Russian gauge were not  the same. The Russian rail system if five feet six inches or a wider gauge. The gauge could be changed, and indeed was, by German rail engineers. But the locomotives could not have their wheel gauges changed without completely reshopping the locomotive and respacing the entire running gear, a very difficult job, that is if you could arrange the shop to do that in the first place. Then there is the other problem. German locomotives are European, Soviet locomotives are American. I don’t mean that Soviet locomotives came out of Baldwin’s shop, though many did, sent over in both world wars, but that Soviet locomotive designers followed American practices when they designed locomotives. So much so that a Chinese variation of a Soviet design can be dropped into an tourist railroad her in the states and look right at home with some tiny cosmetic changes.

Here is a Soviet locomotive.

Here is a German locomotive:

The Achilles heel that killed German logistics was on the back of the locomotive, the tender. German locomotives did not have tenders with the same capacity as the Soviet locomotives and thus the spacing for water stops was wrong. So the Germans either had to shorten the operating distances or add water capacity.

In either case more trains operating on the same lines, combined with shorter trains of smaller capacity boxcars places a toll on the German logistics and the need to  maintain supply over long distances that they could never overcome.