Glenn Reynolds talks about how New York Got Better.

I had this experience last week when I spent some time in New York City on business. My wife and I both lived in NYC back in the era before Rudy Giuliani cleaned up the streets, and it was pretty ugly. It was years after the movie Taxi Driver, but had very much the same feel:  Crime was rampant. Streets and subways were dirty and decaying. Most everyone you met when you were out and about was rude and unhappy.

Now I barely recognize New York. I remember being there on a book tour in 1997 and thinking that it had turned into “Disney New York,” and that things were amazingly clean, shiny, and pleasant. Since then, that impression has only grown.

We walked through parts of the city that were no-go zones when we lived there, but that are now bustling and vibrant and safe. (The tenement in “Alphabet City” where she lived in the 1980s is now pricey condos; so is another dump she lived in later, and the first floor of the building is a fancy bakery with free wifi.)

Most strikingly, we had cheerful conversations with strangers on the street about their dog’s back surgery, the trouble with LaGuardia Airport, and the especially fine weather we enjoyed that weekend. “People are so friendly, it’s like being in the Midwest,” my wife exclaimed.

Well, maybe not quite — but certainly it seemed that way compared to 20+ years ago. We even stopped at a food truck and when my wife couldn’t find the Diet Peach Snapple she wanted, the guy got out and cheerfully dug one from under the ice for us. “That’s my job!” he remarked, when we thanked him.

So why is it better? A lot has to do with safety. In the old days, New York was a dangerous place, and that sense that no one was safe led to a generalized suspicion and aggressiveness. Now, in the post-Giuliani era, it’s much safer. A few years ago, one of my friends from NYC was taking his kids to Paris and found himself warning them to pay attention to their surroundings and be on their guard: Remember, you’re not in New York City anymore!

He laughed at himself when he realized what he was saying, but it was true: New York in recent years has been unusually safe for a big city, and when you feel safer, you’re generally in a better mood.

At any rate, there’s a lesson here. In the era of such movies as Death Wish,Taxi Driver, and Escape From New York, it looked as if New York City was doomed: An abyss of crime, poverty and degradation from which the most one could hope was to, well, escape. But, instead, things got better.

I’m going to point out that Giuliani was fought every step of the way when he tried to implement his broken windows programs.  And it took a lot of effort from people like Donald Trump as well.  New York got much luckier than it deserved in the group of people who really made a commitment to make NYC better. The city still has a long way to go, but it shows how change can happen when enough people, all up and down the social strat want things to change.

Here’s my album of some random NYC pics. 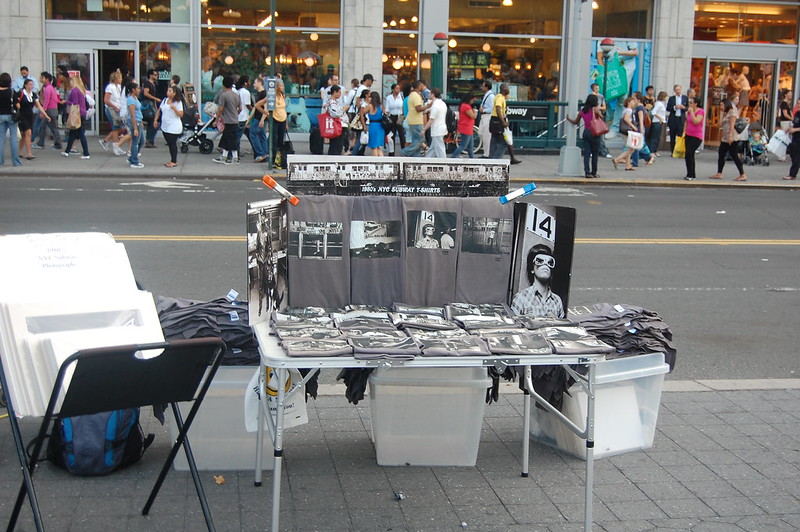