In a Stargate SG1 episode a vine takes over the Sg1 facility, strangling operations and resist just about every attempt to eradicate it.  The episode ended with the plaint; “it was just a plant!!” Anybody who has been in the south would recognize the vine immediately.  It was kudzu. There is no way that the pernicious evil instrument of biological terror that is kudzu could  ever be considered “just a plant.”

Some may consider kudzu an attempt by the Japanese to use biological warfare to lower American productivity except for the fact that the Japanese have been dealing with kudzu too and it’s been just as much a menace for them as it has in the states.  I found buildings swallowed by that broadleaved monster vine, just like I have seen in the South.

There is no such thing as “Just a plant.” 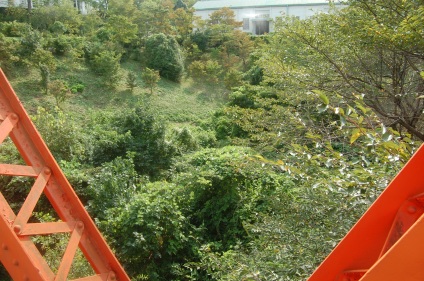