This is the third in the series of post about city planning, though it’s actually the one I started first.  So far I’ve discussed city planning as science fiction and the fact that it was a good thing that it stayed as fiction.

Now I’m going to  look at city planning and it’s effect on the most important part of why you have cities in the first place, the need for people to have places to work and live. This post will start of with some stuff from William Whyte, who did a lot of studies on how urban spaces are used during the 1970’s

I found William Whyte’s book “city” in a book sale last year. It’s a good book on how people interact with each other on the streets. he also discusses urban renewal and what the impact was, especially in my neighborhood, specifically Stamford CT.

I’ve known about his studies since high school when my teachers would run this film from the vault when the lesson plans needed filler or when there was a substitute.

It almost seems that our urban planners are at war with the people that actually living in the place that they plan.

What the planners never seem to understand is that cities are not only places to live, they themselves are alive.  And will die if you mistreat them enough.  I’ve seen a fair amount of urban death.

Was what killed the American city some conspiracy developers to wreck our central cities and drive everybody off to the suburbs or is something else going on.  It’s nice to believe that some inimical entities were responsible for the ruin that all too many American cities have become, but the reality is that all this happened with the best of intentions by people who really thought that they were building better cities.  The fact that they failed is due the failure to truly appreciate the nature of cities and the relationships of how people live and work in them.

Also, by the time the projects were built the planners and architects were long gone, on to the next big disaster, leaving people to live what they had.  Or stay away, as people frequently did.  One example of this is the center city mall, of which most of the cities here in CT and the region seemed to build at least one. Now most of these malls have failed, one way or another, but the planners keep trying.  The City of Stamford CT built a large mall in the early 1980’s, called Stamford Town Center.

I’m not going to show pictures of the inside, because quite frankly, once you’ve seen one mall, you’ve seen them all.  I’ve been to hundreds and even in Japan they are pretty much the same.  The same kinds of stores even. But let’s look around the outside.

Here’s the Google map of the area.

Even with the addition of Rte 95, the map hasn’t changed very much.   Lots more parking lots but the basic city  fabric is still intact.  That would change shortly. .  Some would call it a miracle.  Well did make for a shiny new looking city.  A city that functioned well, not so much.

Looking at the maps you can see that the obliteration was near total.  The city of 1934 is almost completely gpne.  Certainly everything south of Broad St and East of Atlantic St is newer than 1975, with a few exceptions. The narrow streets have been exchanged for broad divided avenues. The small buildings for huge tower complexes.  All planned. All built up in a very brief time.

Let’s do a walkaround.

Here’s the old GTE building from the Town Center Parking lot.  Note how the building sits a top it’s parking lot and barely touches the street at all.  I will come back to this later.

Some more buildings  on Tresser Blvd.

Now one big problem is what happens when you start urban renewal and don’t finish.

You end up with large holes in the ground that hang around for decades.

Now let’s go through Town Center and up to Broad St. This is the raised plaza around Landmark tower.  Since the building was put up in the mid 1970’s this plaza has had multiple rebuildings to try to make it work. As far as I can tell, having walked through it hundreds of times no approach has ever made it the kind of place that  people wanted to be in. Right now it seems mostly to be a visitor’s parking lot.

Now lets go down to the street.

I’m going to start off with this picture.

See the woman in the blue pants suit about 100 ft ahead of me.  From the way she turned back and looked she did not feel safe on the street.  I don’t blame her.  Neither did I.  there’s very little pedestrian traffic because the street is so wide, the traffic goes by very fast and  you feel closed in.  I’m going to note that for various reasons over the years and decades I’ve walked down this sidewalk and felt the same way every single time. It gets worse as we walk up towards Macy’s in the background.

See how Macy’s blocks out the light much of the time and has that overhang along with the blank wall.  Add the fact that the doors to Macy’s are below ground level and it’s not a comfortable space.  Macy’s provides no street frontage exposure at all. Let’s keep walking around the corner to Greyrock.

In spite of having a Greyrock address, neither Macy’s nor Town Center have any real frontage along Greyrock at all except for parking garage entrances.

Apparently I’m not the only one thinks this way.

Let’s walk down to Tresser.

Here is corporate row.  Back in the 1970’s and 1980’s when the buildings were put up they were, for the most part corporate headquarters for major corporations.  One by one though, the original tenant of these buildings are long gone.

Ever since it moved into the glass upside down pyramid it’s a history of lost focus and bad business, contraction and finally absorption. Did the insularity of  the building have any impact on how  well the company did?  Whyte seemed to think so, and events seem to back him up.  For a corporation looking inward and isolating yourself in bucolic surroundings, no matter how convenient for your CEO doesn’t seem to end well.

To end our walk around this very large block lets’ look at the outside space on the South side of Town Center.

This was supposed to be a pedestrian friendly plaza with open shops and restaurants.  Unfortunately it fails.  The big problem is the driveway in the middle of it, reducing the space to a tiny sliver and dividing the space. The other problem is that all the potential sources of pedestrian traffic and customers are on the other side of the street, which is four lanes wide, divided and very busy.  I’m going to be blunt and in all the times I’ve been walking myself by that plaza, going back decades, I’ve never seen enough pedestrian traffic to justify barely even one restaurant, let alone several.

Charlie Gardner has some thoughts about Stamford.

While Stamford is a classic test case for what urban renewal did, it’s hardly the only city which gutted it’s city center for one reason or another.  It seemed like very city in the US was determined to destroy itself in an orgy of great plans and overhyped developments. As far as those things go, Stamford was actually one of the more successful cases.  Bridgeport, for instance is still a disaster and it’s city center mall is converted to other uses.  New Haven’s mall is almost closed, it’s convention/ sports center demolished and has empty lots and strange roads that go nowhere. Still all the money in the world can’t make a dead city alive and Stamford is running on life support and has been for as long as I can remember. It’s whole survival strategy  is to rely on it’s ability to attract well heeled companies to open yet more offices. Yet what the city managers fail to understand is that offices are fungible, economically sterile and the people in them contribute little or noting to the fabric of the city.

As much as the planners would like to believe that they are “saving” the cities that they ruin, the evidence, written in dead cities and those that are on life support is that what they have done is killed our cities.

Here’s a flikr album of city spaces from places I’ve been and the rest of my Stamford walkabout. 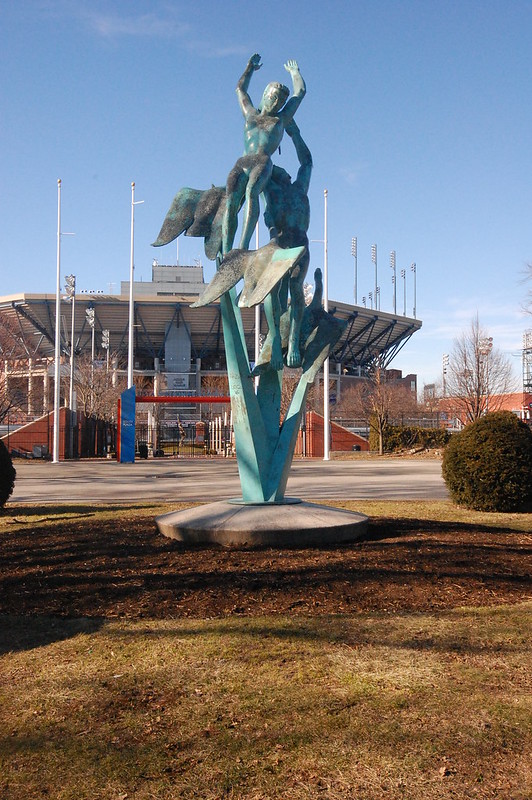 Remember that the strength and life of a city is it’s diversity and density.  Without people a city space is dead space.