I ran across this blog post recently.  It’s an overview of all the sorts of space suits out there.

I’ve since found an amazing amount of stuff and links, most of which will end up in this post.  I think that, if nothing else, this post demonstrates the power of the internet for research. When I was in school finding information on this scale would have been impossible.

Spacesuits have been a part of human imagination since the pulps of the 1920’s. Which is about the same time that real space travel became a possibility and space became a place for new adventures.  Going from those fanciful first pictures to something that actually works has been an engineering adventure all it’s own. 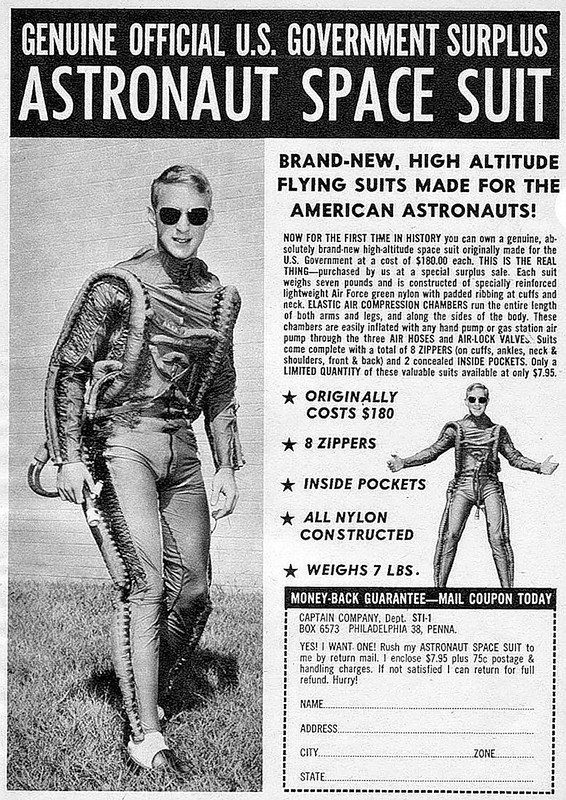 A briefing for the Gemini suit

James Burke makes a connection with the A7L.

The random stuff that I keep running into is just amazing.

Surprisingly the spacesuit problem is still one that hasn’t been solved very well.  This after 70 years or more of constant work and development.

Here’s a chronology of the development of the pressure and spacesuit.

By and large the suits used today are still the linear descendants of the Apollo A7 suit made by ILC Dover back in the 1960’s. This isn’t much of a surprise as keeping humans alive in space has been a thorny problem from the beginning.

Fashioning Apollo tells the story of the Apollo suit and the players involved.

And some of the stuff that goes on working with suits.

A video from Tested.

NASA evaluates a  Chinese suit.  The guy doing the Briefing came from my college  at the same  time.

About ten years or so ago I interviewed at Air-lock Inc in Milford CT. where they make fittings and the helmets for spacesuits.  Even though I didn’t get the job, it was one of the more interesting interviews I’ve had.  It was also an introduction to just how much can be done with a small shop.

Air Lock is a division of David Clark, which has been involved with spacesuits since the 1950’s.

And a wired article.

Dupont made the most of the use of it’s fabrics in spacesuit.

The Smithsonian recently had  a travelling exhibition, Suited For Space  of Xray pictures and the suits themselves.

Why did the space suit leak?

It’s not as if alternatives to the soft suit haven’t been pursued.  The seeming benefits to a hardsuit have led to many trials and failures.  In fact it’s pretty obvious that the NASA engineers wanted the soft suits to go away as quickly as they could make hardsuits work if you look at the videos above.

It started with  the Litton RX Series.

The big problem with hardsuits is well, the fact that they are hard.  That means that the pieces are inflexible and can’t collapse. Which is a large issue in the confined spaces of a spacecraft.  There’s also eh

Here’s a site explaining some of the problems with spacesuit design.

On the other end is the suit that wears like a diver’s wetsuit.  In the 1970’s

More on the biosuit.

I think that the biggest problem with this kind of suit is going to be seams in the fabric and making the tension fabric work across the complexities of the human form.  A solution for that might be to braid the entire suit using and advanced braiding machine around a mandrel made from a flexible molded envelope created around a body cast.

Whatever happens it’s likely be exciting.  Two guys in NYC are taking on this incredible challenge.

The surge in recent space and science fiction movies has created a whole new series of looks for space suits. One of the best was the suits from the new movie, The Martian.  http://www.techinsider.io/the-martian-spacesuit-photos-2015-9

Adam Savage gets his hands on a Martian suit. When he updates, I will add the links here.

In addition to Hollywood the Japanese have some interesting designs in anime.

This suit is from the far future science fiction series Bodacious Space Pirates.

This suit is from the near future science fiction series Planetes.

I will end this long post with a link to my previous post on space suits with it’s link to a site  on suits for film and television.

Some books from Amazon

A Smithsonian book on Spacesuits.

NASA’s Manual for the A7 suit.

Another book on spacesuits.