There’s going to be a lot of emphasis on the destructiveness of “Little Boy” and what a great catastrophe it was.  All that’s true.  There is no doubt that burning down a city is a catastrophe.  Yet it’s what happens afterwords that’s important.  Cities have been burned for one reason or another since the beginning of civilization.  Just about every city, including London and New York has essentially burned to the ground at least once. 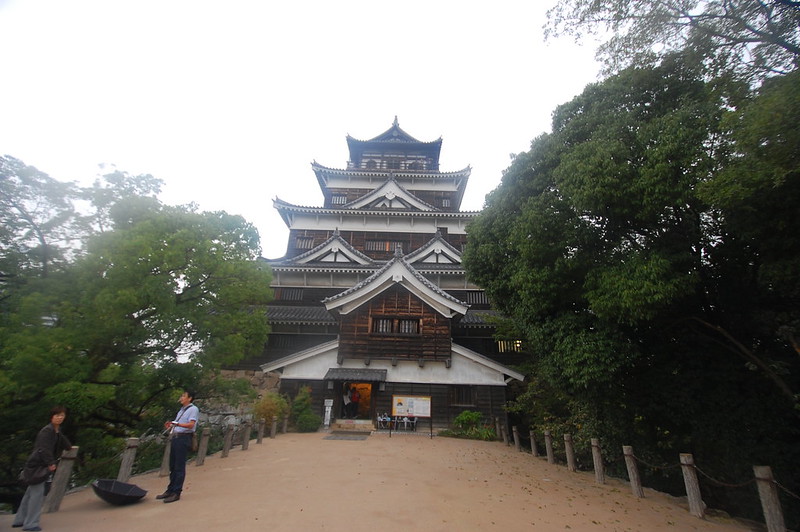 Cities though, are alive if the people that live in them are.  They can come back from any disaster, even the most powerful single weapons ever created if they are allowed too.  That’s the real story of Hiroshima, the one we shouldn’t forget.  “Little Boy” was an event, but it wasn’t the end of Hiroshima because the people of Hiroshima didn’t let it be the end. Unlike say, Detroit where the city government is irreparably corrupt, the people who work for the city eternally greedy and the citizens have lost hope.  It’s ironic  that the major cities of the victor of the war are dead or dying while the cities of the losers are alive and stable.

There a bunch of reasons for this, the biggest reason is that here US we’ve developed a culture of divisiveness.  It seems that, by and large most of us don’t seem to care beyond the ends of our noses.  Instead of trying to be the best people doing the best jobs we can, we have become all too selfish, decadent and lazy. We have become the “you didn’t build that,” “you need permissions for everything that isn’t mandatory” society.

That’s a shame because not so long ago the US did great things.  Like kill most of the monsters and defeat the tyrants to win World War 2.  While doing that little job the US undertook the Manhattan Project, which for good or ill changed the world.

To do that the US had not only to build a nuclear weapon in the largest weapons program ever, we had to have an almost as large project to build a plane big enough that it could carry it.  And make a lot of those very complicated planes. And the machines to support those planes, build the bases that would be needed to fly them from, and the ships needed to get all that stuff where it was needed.

All the while  fighting a long and arduous war against Nazi Germany as well as the Empire of Japan . Not a small thing by any stretch of the imagination.  All this while trying to come to grips with our own economic problems. It was the war the US did not really want and certainly did not need, but it was the war we got.

It was also the war the Empire Of Japan got.  I’ve looked at lot of histories and I can’t figure out what the government of Japan was thinking when they told Yamamoto to attack Pearl Harbor. What most people that talk about the route to war ignore though is that there was a third party in the room.  If Japan had nothing to gain and a lot to lose fighting a war against the US, The Soviet Union had all too much to gain form Japan fighting that war.  A Japan at war with the US would not be looking for expansion into Siberia, would not be paying attention to the incursion of Soviet Communism into China and maybe could be removed from the game or absorbed into the Soviet Empire. A US directly fighting Germany and Japan would be looking for and willing to aid allies.  That was something that could be exploited.

The big prize was the chance to get to loot the biggest treasure chest ever thanks to all the Soviet sympathizers in the Roosevelt Administration.  Especially for a country with it’s back to the wall. Material supply provided at great risk from the lend lease program at the cost of hundreds of ships and thousands of lives on the Murmansk run.  Even greater than the material support, though was the essentially unlimited access to the decades of hard won technical knowledge that the US had.  How to get reliable steel castings, surface treatments for parts. process techniques, advanced electronics, machine design, all the little things that had to be invented at great cost to make the stuff we take for granted. Truly the greatest treasure chest ever.

The Japanese never saw the knife in the back.  The Empire had a fairly long run of success and the Army was convinced that it was omnipotent.  The senior Imperial Japanese Navy people knew better, but it was the Army that was running the show after 1940. And all it took was a Soviet agent by the name of Sorge to encourage the Army people to be astringent about China. Thereby setting the Empire on a course to war that they could not win.

Unfortunately the Empire also placed itself in a culture trap.  Japan was new to a society that was not isolated and feudal.  The concept of a limited war for limited objectives and an honorable way to lose had been something that Japan had never needed.  The Army had never developed the professionalism and experience of being on the wrong end of atrocities that would instill the soldiers with the need for restraint. Or, in some ways worse, to know when to give up the fight. heretofore the Army had won it’s wars in Asia and had never needed the courage to lose.

On the other hand they did not have what it took to win. Throughout the war, it doesn’t seem that the Japanese had any plan for fighting the war once the initial objectives had been taken.  They distributed garrisons across the Pacific in such a fashion that they couldn’t even support each other or even be supplied reliably.  All they could do is die valiantly, which is  exactly what happened as the US navy steam rollered it’s way back across the Pacific, able to pick and choose what to hit and what could be bypassed and ignored, left to watch helplessly as the war left them in the backwaters, just wasting resources that the Empire desperately needed.  The islands that were hit could only fight glorious last stands which had no other function than to convince the Allies that when the time came the only course was to be totally ruthless.

When the Marianas were taken, totally ruthless is what the war became.  When the B29s of the 20th Air Force were in place the home islands of Japan were going to be under direct attack.  And the commander of the operation was Curtis Lemay, probably the most ruthless of the Air Force Generals.

There comes a time in a war when you have to say enough.  That time had come for Japan.  If there is any doubt, watch the movie “Grave Of The Fireflies.”  What kind of blindness and ruthlessness does it take to not admit your own failure and end it.  The Military in Japan could not bring themselves to do that.

By any measure the invasion of Japan was going to be a nightmare.  It was expected that it was going to take more casualties than all the wars America had ever fought, including World War 2 , up to that time.  That was what the US expected. This was based on the hard experience in places like Saipan, Okinawa and Iwo Jima.

On the other side, we have a Japanese military that rather than face the humiliation of admitting that it had lost the war was willing to fight to the last Japanese.  Even if the combat was not as intense as just about everybody on both sides believed it would be, Operation Downfall was going to start in the middle of an already reduced rice harvest.  As for the consequneces fo that, consider “Grave of The Fireflies” mentioned above, the fact that the 20th AF had not specifically targeted the rail system as yet and that rice is very labor intensive to harvest.  A mass famine and millions of people dead would have been almost inevitable. More than likely Japan itself would not have survived.

The dropping of the atomic bombs on Hiroshima and Nagasaki were shocking events.  But they did not occur in a bubble and from everything I have read, shock was what was needed.  Shock to force Emperor Hirohito to take a direct role. shock to discredit the Military and force a change of government.  Shock to shatter ALL the illusions that were leading the Japanese to believe that there was any way out other than unconditional surrender. Shock was what was needed and shock the atomic bomb provided.

A book plug to finish this post.  Author Charlie Pellegrino is an incredible storyteller.  If you ever get to sit down with him or here him on a panel you will understand why I say this. He writes great science fiction and even better non fiction.  A while back he wrote a nonfiction book about the Hiroshima story based on interviews from Hiroshima survivors and material from what he thought was the navigator on one of the planes during the atomic bombings.  That material turned out to come from somebody who exaggerated his involvement in the missions and Charlie and the publisher pulled the book. As a result of that he was able to obtain still more material and survivor stories.  And he’s come out with a new edition.  If it’s as good as the first edition and I have no reason to believe that it will not be it will be one of those books that will just be a great read and an interesting take on the events.