When I was seven, my parents and I went to Expo ’67, in Montreal, which I imagine was much like the NY World’s Fair, which I’ve only seen the ruins of over the years.  What I’ve learned since is  that the world of Expo ’67 or the NY Worlds Fair was something that was going away very quickly, destroyed by Progressive activists, youthful rage and spoiled indulgence.  The world of the future that was shown at place like the NY World’s Fair was wasted for  “wars on Poverty” and Social Justice that, in spite of tremendous resources being spent never actually seemed to improve anything.

In fact the world sort ran down as things like the NY Subway rusted in place and were wrecked by kids stuck in ghettos created ironically by the same people who came up with the NY World’s Fair. The socialist dreams of the big planners of the 1960’s met the same end that Socialist dreams always do, wherever Socialism is tried.

The fair looked spectacular.  It had to. It was built by Disney, probably the greatest creative genius of the 20th Century.  Genius, though, has it’s limitations.  The problems start when the genius tries to dictate to the rest of us about our concerns.  No matter how smart a brain trust they will never have the kind of information that we, the individual have right in front of us.

The biggest issue with me is that the collectivists are still stuck in 1964.  Tomorrowland has become yesterdayland and they haven’t noticed.  I’ve spent enough time around boomers of that certain age having been the cohort behind them to understand the nostalgia..  I’ve also been the one to have to deal with the messes all my life.

If you go to Flushing Meadows, where the fair was held all that that’s left is ruins and some left over buildings repurposed as museums and such.  The Tomorrowland that was there was and illusion perpetrated by a bunch of central planning and big business types to convince the public that the establishment had a confident handle on the future.  A confidence that lasted about four years and came apart in 1968. 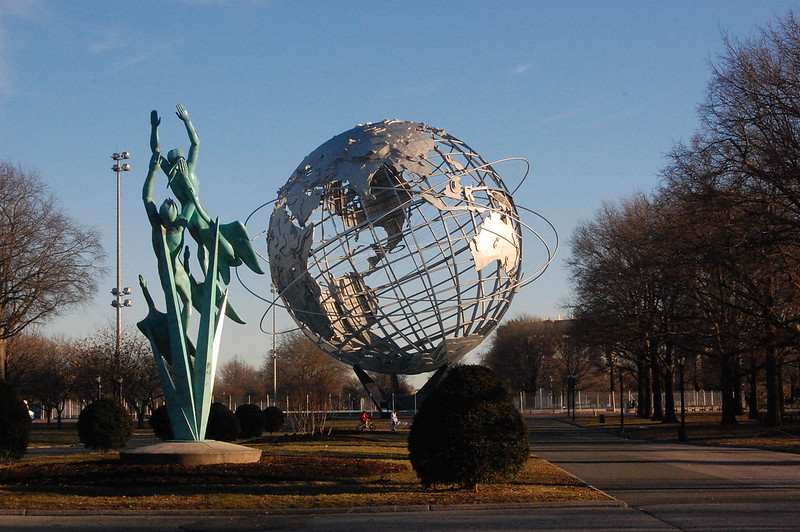 The 1964 fair was built by people who were nostalgic for the 1939 fair and hopeful that the tribulations and crises of the time around that fair were over. 1964 was that idyllic moment when everything was Camelot and nothing bad was going to happen.  The right people were in charge and all was good in the world.  The smart people had everything in hand and the rest of us could trust them to get it all right.  As if that was ever going to happen.

Bill Whittle is rather upset with the movie Tomorrowland.  He wanted, probably more than a little bit, to believe that the collectivists had a positive vision even if it was just in a movie.  He wanted the promise of the trailer and the movie did not deliver. I think that one problem is that the boomer creators in Hollywood are still stuck there in past.  All of the catastrophes promised in the movie sound as if they are straight out of the 1970’s disaster scenarios. Nuclear war? Give me a break. There aren’t enough active weapons left to actually be effective anymore and the nuclear arsenals of the two great nuclear powers are by and large being converted to MOX fuel for electricity and sold to the French. Ecological disasters, mass extinctions? By and large those seem to be in the category of “not happening” no matter how much press the Progressives try to gin up.

I think that Bill’s biggest complaint is that he can see that the future is not happening in Tomorrowland.  The fact is that the future was never happening in Tomorrowland and it wasn’t for the very thing that he says was missing from Progressivism, the confidence in the future.  The fact is that the downfall of 1960’s progressivism was confidence, confidence and hubris.  The Progressives honestly thought that were right in everything they did.  The same confidence that led to the 1964 and all the other fair led to constant pay demands of the unions and the willingness of the companies to pay them.  The hubris led to the huge urban renewal projects.  The hubris led to the arrangement of the murder of the President of Vietnam and the increase in US involvement.  The problem wasn’t that the “brain trust” running the government lost it’s confidence, but that it had too much.

When you have as much hubris as the Whiz kids did you will never believe that what you doing is a mistake even as taxes and debt get higher and higher and all the trends start to go in the opposite direction.  Hubris is saying, “more cowbell” as the music can’t hold key and starts to suck.  Hubris is saying “more housing” as the housing you’ve already built becomes a ruin in record time.  Hubris is starting a war and not being committed to winning it as fast as possible.   Hubris is believing the bureaucracy is the future and that everybody and everything could be managed with the right computers and the right people. The hubris to believe that no matter what they did the important things would not change and the magic would continue.

I think that it’s safe to say that we can look at all the nice packaged Tomorrowlands of the Progressives and say the future isn’t happening here.  Bill’s right about that.  So where is the future happening?  Well you have to consider who was NOT at the World’s fair.  They weren’t there because, by and large they were still in school, or working.  The companies that they would start wouldn’t exist for a decade.  The technologies they built their companies on didn’t exist in 1964. So you would see no Sun Microsystems, Altair, Apollo, Apple or Microsoft at the NY Worlds Fair.  There was no place for the likes of Steve Wozinack, Steve Jobs or Bill Gates in the line for the enameled pins. No pins for the homebrew computer club.  Xerox was at the fair, but they weren’t showing off the crazies at PARC because PARC hadn’t even been started.  For that matter Xerox was more than a little of an upstart.

The fact is that the future, at least in technology, doesn’t happen in big research labs with genius’ in lab coats.  You can’t plan innovation.   You have to do it.  Look at where the stuff we have now came from.  It all came from garages, stable, sheds and small little shops.  It came from the back of two crazy brother’s bicycle shop, a small stable near Detroit, a little building in New Jersey.  The future came oil and sparks, with some fire from time to time.  It was pretty dangerous and a bunch of people died to get there.  But people kept striving because they could.  That’s the thing that the big brains from the Ivy Covered Snob Factories never seem to get.

On thing I’ve learned is that future isn’t going to come big brain prognisticaters, no matter how smart they like to think they are.  The future isn’t made in ivory towers.  It’s made where the people with greasy fingers are.  The future is made by people who aren’t afraid to  get their hands dirty.  Yes the future happen in the dark satanic mills, because the snobs are too busy playing snob games while being nothing more than parasites on the rest of us.  The future is made where the smells of the soldering iron and burned fingers are, with the people who build things.

If you go to the NY World’s fair grounds in September you can see that future.  You can see people playing with stuff that only existed recently and new  ways of doing things that weren’t even imagined.  People are making new connections and creating new ways to make things happen.  It’s all happening there. This isn’t the future that the big brains with the enameled pins and credentials from the Ivy Covered Snob Factories wanted, but those guys seemed to have turned away from actually doing anything.  At least anything useful.  So it’s going to be up to the rest of us greasy fingered types to make the future WE want.  As far as I’m concerned the enamel pin set, the Hollywood crowd and the rest will be lucky if they even get a ride. 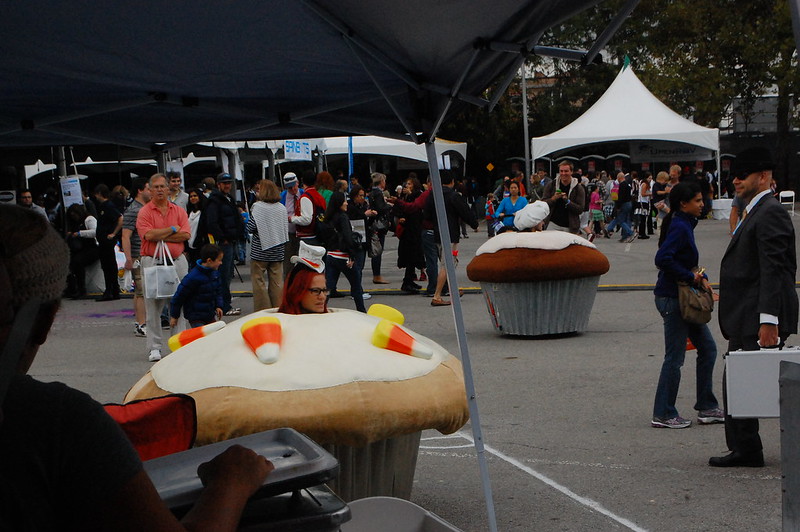